ANARCHISTS 7-0 GREEK STATE ★ THANKS FOR THE SUPPORT! 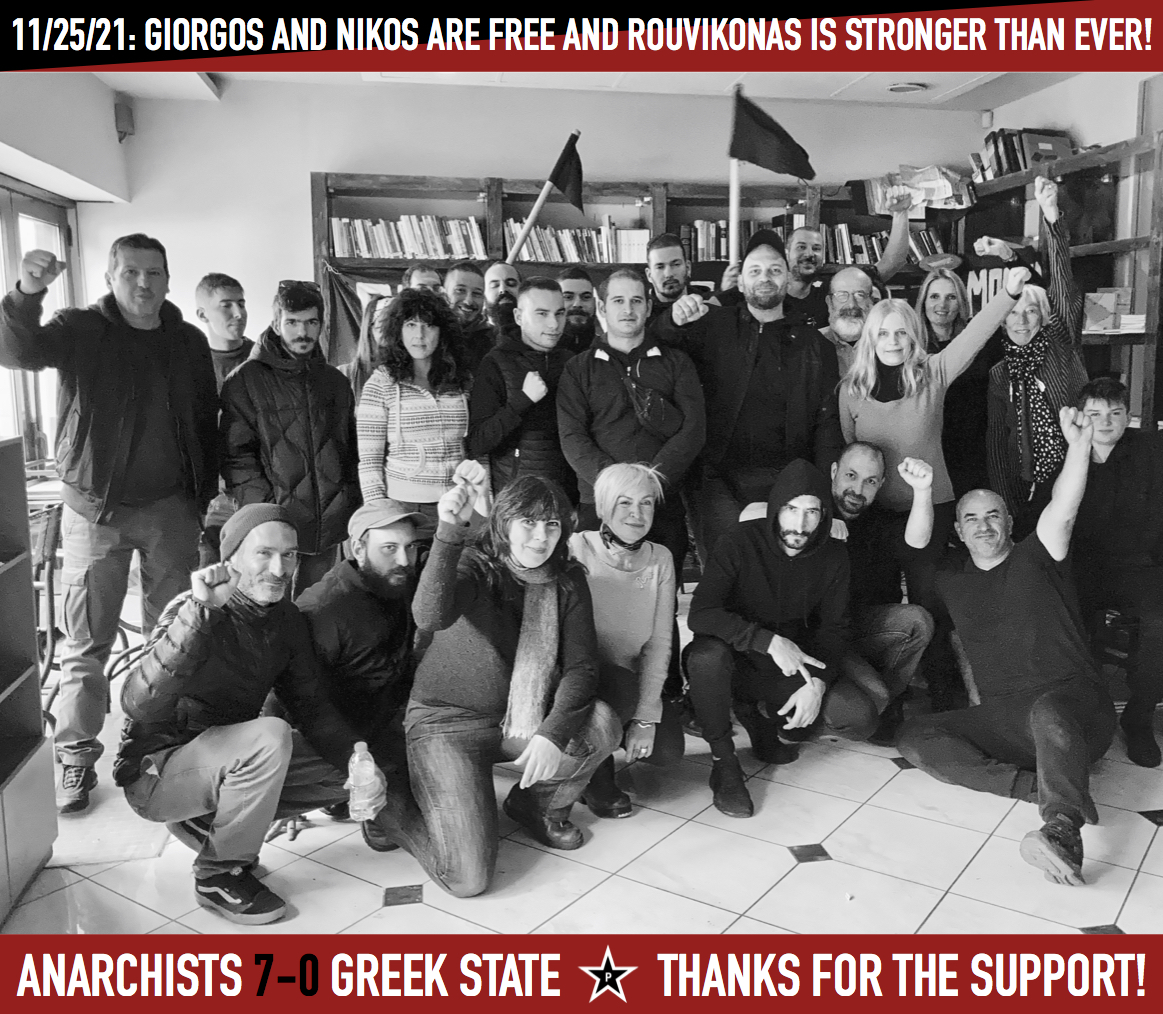 11/25/21. Back from the Court, we met at K*VOX with members of the group and the committee of support.

ANARCHISTS 7-0 GREEK STATE ★ THANKS FOR THE SUPPORT!

Today we are witnessing a magnificent, complete and final victory in this trial which turned out to be a plot of the state against two members of Rouvikonas.

Giorgos and Nikos risked life imprisonment this morning for murder, on the basis of false testimonies. But the prosecution witnesses exposed the police manipulations and the prosecution changed sides: the power was exposed in its desire to violently neutralize the Greek anarchist group by classifying it among criminal organizations.

Today, Giorgos and Nikos are free and Rouvikonas is stronger than ever. As shown by the numerous messages we receive, the entire social movement identifies with this victory, which is also its own, in the face of a Machiavellian and unscrupulous power. This victory has no borders either: it is also yours, you who, at more than 2000 km, are mobilized in various ways in support of this crucial fight.

A big thank you to all the support we received from all over the world, proof once again that we are everywhere!

Only those who give up have already lost. There is no need to despair, but to act decisively to denounce the absurdity of authoritarian society and the collective suicide that is capitalism. We are the side of life against that of death. It is we who authentically carry the motto Liberty-Equality-Fraternity, and not the political leaders who usurp these words, because we offer concrete freedom, real equality and universal brotherhood.

This morning, at the end of the three sessions of the trial, the 3 judges and the 4 jurors all declared Giorgos and Nikos innocent: our comrades in the struggle were acquitted unanimously. This 7-0 victory allows us to rule out any possibility of an appeal by the prosecution. The victory is therefore final. We will celebrate this evening and tomorrow thinking of you!

Thank you again! The struggle continues!